Actor needed for 'Chris' in "Static": Portland OR

*
Third Rail Repertory Theatre is putting on "Static" by Dan Rebellato as part of their 2014-15 season.

They are still looking for an actor to play Chris, a late deafened male who eventually learns sign language. The character is late 30s to early 40s. The actor needs to speak and sign. 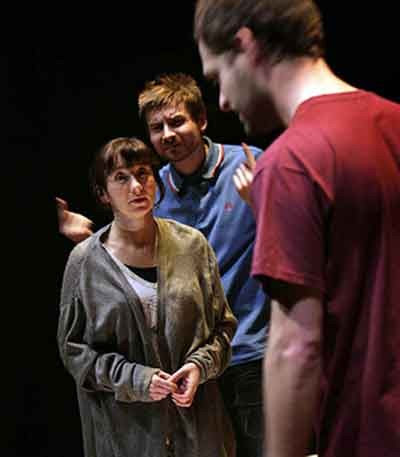 
A young woman's life is thrown into disorder when her husband dies suddenly of a brain haemorrhage. Her ability to cope with her  loss is confused when she discovers a compilation tape, apparently made for her, even though her husband was, by the time he died, profoundly deaf. She begins to believe that he has sent her a message and that even now he is talking to her from beyond death. With the help of her friend, she unravels the secret of the tape.

Static is written to be performed bilingually, in English and Sign Language. These are two slightly different plays overlaid on each other. Both audiences should be able to enjoy their play but be aware that there is another different play unfolding at the same time.

Contact the "Static" director, Scott Yarbrough, if you meet the criteria and are interested in learning more.
*