Portland Center Stage has changed the final show of the season. It is still a musical, but it will be a world premiere of "Somewhere in Time." The date and time of the interpreted performance remain the same.

On the Main Stage

Somewhere in Time is produced by special arrangement with Davenport Theatrical Enterprises, Inc.www.DavenportTheatrical.com.

Young playwright Richard Collier has an encounter with a mysterious old woman on the opening night of his earliest success; she entreats him, to his bewilderment, to “come back to me.” Several years later, with his life and career in disarray, he seeks quiet and contemplation and checks in to a storied hotel from his youth. But his stay at the hotel turns into the journey of a lifetime as he unravels history—and time—to discover a powerful but perhaps impossible love.
The 1980 film of Somewhere in Time is a romantic classic, beloved by several generations of movie goers. This world premiere musical invites those who love the story, and those discovering it for the first time, to experience its magic with original music by Doug Katsaros and lyrics by Amanda Yesnowitz, with book by Ken Davenport.
Posted by Dot Hearn at 3:00 PM No comments:

...and it will be interpreted for the signing impaired...

SILENCE IS A FOUR-LETTER WORD: A Deaf Poet "chants"from his work


Silence is indeed a dirty word when Raymond Luczak performs his poetry in American Sign Language (ASL) not only from his five poetry collections but also from his poems published in RFD and other people’s work from his brand-new anthology Among the Leaves: Queer Male Poets on the Midwestern Experience. The event will be voiced by Jake Sparks for the signing-impaired, and a spirited Q&A is sure to follow.

This is part of the Faeposium III, where this year's focus is Radical Faeries: New Frontiers.


This will be a great opportunity to see Deaf  Poet Raymond Luczak performing his work. Not to be missed!
*
Posted by Dot Hearn at 3:41 PM No comments:

The second theatrical interpreting workshop will be in April 2013 and will be a more intensive mentored training. There will be a project play and we - no, you - will be going through the entire process of theatrical interpreting preparation, leading to the final event of the group of chosen participants interpreting a matinee of the play. We will meet twice a week as a group, which will include attending the play for rehearsal purposes.

Prerequisites for this workshop are

More information will be available in December.
*
Posted by Dot Hearn at 11:06 AM No comments:

I'm happy to announce that I am offering a four-month theatrical interpreting training program which will begin on December 1st, 2012. This series workshop is intended for newer interpreters, but any skill level is welcome. Click on the link below to view the PDF of the flyer. Feel free to save a copy  so you can print out and return the registration page, or pass along to colleagues who may be interested


We will meet for three hours on two Saturday afternoons a month from December 2012 to March 2013.  You will also be attending one interpreted Thursday evening performance per month during that same period.  The exact dates and times are listed on the flyer.

CMP and ACET are currently pending approval. I will update information when the paperwork is processed. These CEUs will be offered at no additional charge. CEUs awarded will be applied to transcripts for 2013.

All sessions of both the workshop and interpreted performance observations will be at Portland Center Stage in Portland, Oregon.


NOTE: There will be an advanced, intensive mentored training offered in April 2013; more details to come. This introductory training is a requirement, along with an audition, for that advanced training. 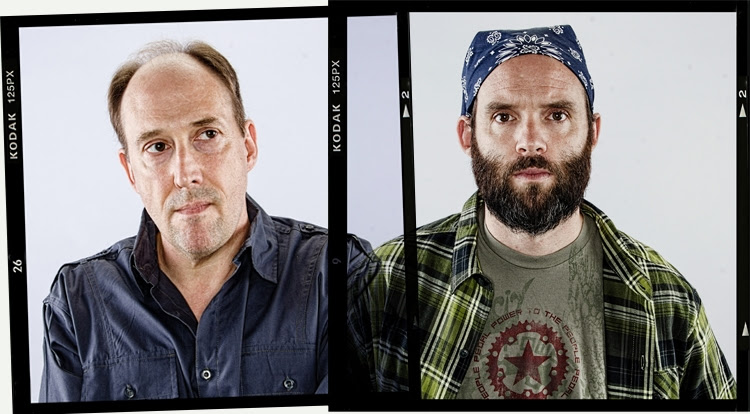 
"The Body of an American"


In the Ellyn Bye Studio at Portland Center Stage

(from the PCS website:) War reporter Paul Watson has witnessed some of the most devastating scenes in modern history, and created perhaps the most disturbing image of modern warfare: the photograph of a dead American soldier being dragged through the streets of Mogadishu. As the ghosts of the tragedies he’s recorded bear down on him, his story catches the attention of playwright Dan O’Brien, who’s battling ghosts of his own. In locations as varied as Kabul, Los Angeles and the Canadian High Arctic, the two men form a tentative friendship in a quest for absolution. The Body of an American is the story of their relationship, and the roles each take in helping the other process the responsibilities, and the damages, of bearing witness. 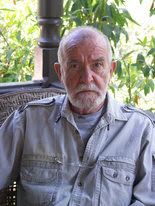 I'm excited to be working with Profile Theatre in providing accessible performances. And I look forward to adding more of their offerings in the future.
.
Posted by Dot Hearn at 7:30 AM No comments:

*
The next interpreted performance at Portland Center Stage is "The Body of an American." This play opens tonight and will be interpreted on Thursday, October 18th at 7:30 pm. This play is being performed on the Ellen Bye Stage, which is the black box theater on the lower level; Deaf Theater Chat will begin at 6:30 pm in the Ellen Bye lobby.

"The Body of an American"

GERDING THEATER AT THE ARMORY

*
We had good attendance at Portland Center Stage last night for "Sweeney Todd." It's always nice to see both familiar and new faces in the interpreting section of the audience. And, the more the merrier!

Thank you to everyone who attended. And, if you couldn't make it to Sweeney, the next interpreted show is coming up in two weeks (watch for a post later today).

I also wanted to say "Thank You" to Carin Billings for stepping in a little late into the process to interpret with me. Carin first appeared at PCS last spring to intern with me and KT Corlett on Anna Karenina. Last night, for "Sweeney Todd," Carin really came through. She did a great demented Todd and an awesome job with the asylum patients and later another character whose last screws finally came loose. Thank you, Carin!

Thank you, Justin, for being our Sign Coach and for your signed videos!

I also want to mention one thing we devoted a chunk of time to: rhyming. Rhyming is a common occurrence in musicals, and Sondheim uses them well. These can be a challenge to translate into ASL because what makes it work in English does not work in ASL. Yes, ASL has similar conventions and approaches (handshape, movement; or ABC or number stories). So our challenge was to work with the English concepts and ASL conventions and make it work. I'm happy to say that we succeeded. It was a fun challenge and we did it.
*

It's Sweeney Time at PCS!

A friendly reminder that you only have a couple of days left until the interpreted performance of "Sweeney Todd, the Demon Barber of Fleet Street" at Portland Center Stage. Click on TICKETS to go to the online purchase option. Make sure to enter promo code SIGN to get the tickets in the interpreted section at the right price.

Click this link to read more about the musical, Sweeney Todd . 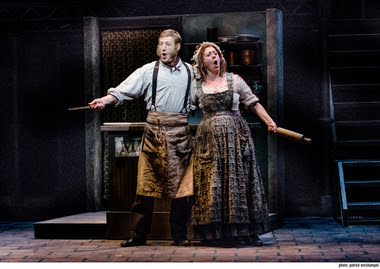