There is a very full and varied calendar of theatrical productions coming up in the next three months. You can print out this handy overview to carry in your wallet or notebook. If you want to add any of these to your Google calendar - click on the "calendar" link near the top of the page, and look for the production, click, and copy quickly and easily to your own calendar.

More information will and a reminder will be posted about the individual productions as the specific performance nears.

But, for now, here is a handy guide to some of the interpreted theatre available in through March 2016.


Based on Charles Dickens’ classic coming of age novel, Great Expectations tells the adventures of the Victorian orphan Pip. As a boy, Pip has three encounters with people that will change his life: the escaped convict Magwitch, the bewitching and cold Estella, and the unhinged Miss Havisham. When Pip comes into an unforeseen fortune and begins the life of a gentleman his past is not so easily left behind, and the surprising adventures of his new life are decidedly unexpected.

Run Time:
Approximately 2 hours and 45 minutes; including one intermission.

Annie and Peter have it all: successful careers, a lovely home and a good marriage, until failed attempts to start a family begin to turn their lives inside out. The choice to expand beyond the American border and adopt a child from Africa reveals to the couple new insight into their marriage, their identities, and their community. Faced with an ever more complex set of circumstances, they must decide together if they are willing to embark upon a most unexpected path to parenthood.

The play will explore the experiences of women in the U.S. Armed Forces: some have survived tours of duty in combat zones, some cope with military sexual trauma, all of them share what it was for them to be living and working in  a male dominated environment.

Facilitated and Directed by Jessica Dart 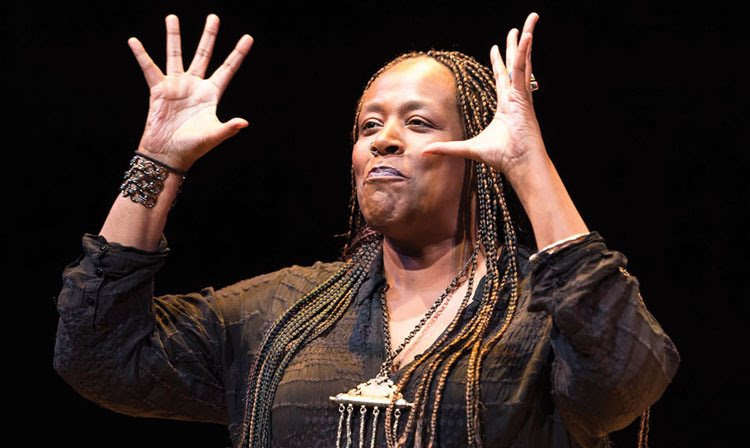 
Forever begins in Paris at the famed Père Lachaise Cemetery, where strangers from around the world make pilgrimages to the graves of legendary artists such as Marcel Proust, Richard Wright and Jim Morrison. As she visits the resting places of her idols, Orlandersmith is moved to investigate the complex legacy she received from her mother and their often harrowing life together. Riveting and powerful, Forever is about family – the ones we are born into; the strange way powerful bonds are formed with people who, though unrelated by blood, come to feel like family; and the legacies that shape us all.

Note: Forever is recommended for ages 16+. Contains mature language and graphic descriptions. Learn more about the show’s content in this rave review from The New York Times. Children under 6 are not permitted at any PCS production. There is no late seating or re-entry in the Ellyn Bye Studio.

Interpreted by mother and son, Sheila Brager-Hall and Rich Hall


In this sensitive and wryly humorous 2014 Tony Award-nominated play, a mother, after a 20-year silence, pays a surprise visit to her deceased son’s former lover seeking a connection she can’t fathom. At his Central Park apartment, with his husband and young son by his side, he shows her that healing and hope are possible, even after devastating loss. In this play, vastly different worlds collide, yet truth and compassion rise to reveal that all dreams begin with the common ground of forgiveness. 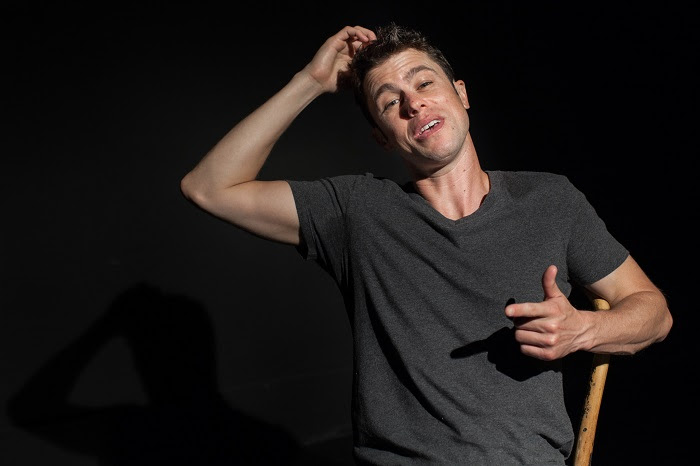 
The newest solo show from award-winning actor/playwright Dan Hoyle (The Real Americans) is about how we experience the world in the digital age. From a showdown with a violent felon in small-town Nebraska, to a childhood listening to anti-conformist rants in San Francisco; from the hard-scrabble corner boys of Chicago to the intellectual temple of Calcutta’s famed coffeehouse; from a Digital Detox retreat in remote Northern California to an intimate confession in Manhattan, we join Dan in his search for true community, spontaneity and wonder in our fractured, hyper-connected world.

Note: Each and Every Thing is recommended for ages 16+; contains mature language and content. Children under 6 are not permitted at any PCS production. There is no late seating or re-entry in the Ellyn Bye Studio.


It is a well-known tale: King Shahryar, after finding his first wife in the arms of another, murders her and her lover. Left alone, the King decides to marry a new woman eight night -- only to kill her in the morning. That is, until Scheherezade courageously marries the King and begins telling a wondrous tale each evening and continuing through until dawn -- when she is supposed to be killed, except that the King always allows her to live in order to finish the next story. In this way, she suspends her death sentence for one thousand and one nights, and slowly heals King Shahryar’s broken heart, in the process.

All Seating is General Admission; there is no assigned seating.

Students, PCC Staff, Seniors, Veterans and PCC Alumnae: $8, available at the box office one hour before curtain time of each performance in the PAC lobby, and in the PCC Bookstore.


In Dialogue Staged Readings include new and contemporary plays in conversation with Tanya Barfield’s body of work, as well as readings of Barfield plays not included in our Main Stage season.

Profile Theatre will be announcing their In Dialogue Staged Readings over the course of the season. Check back for more information!


In this irreverent, contemporary, and very funny remix of Chekhov’s The Seagull, award-winning playwright Aaron Posner wages a timeless battle between young and old, past and present, in search of the true meaning of it all: an aspiring young director rampages against the art created by his mother’s generation; a nubile young actress wrestles with an aging Hollywood star for the affections of a renowned novelist; and everyone discovers just how disappointing growing up can be. Winner of the Helen Hayes Awards for Outstanding Resident Play and Outstanding New Play or Musical.

Run Time:
Approximately 2 hours and 15 minutes, including one intermission.

Note: Stupid F***ing Bird is recommended for ages 16+. Contains mature language (surprise!), fleeting nudity, loaded guns and theater people. The actors in this production will be using tobacco-free herbal cigarettes. Children under 6 are not permitted at any PCS production.