Sometimes we have to make choices and sometimes we spend three days in a row at the theater! Make this a 'three interpreted shows in three days' week if you can.  All three shows have a run time of around 90 minutes.

These three plays explore:
- Portland Playhouse's "Wakey, Wakey" - What are we here for?  You just might be surprised!
- Portland Center Stage's "A Life" - What is the meaning of life? It's not as serious as it seems.
- Profile Theatre's "Fires in the Mirror" -  Death, retaliation and contemporary ethnic turmoil. 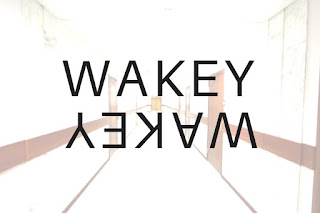 Written by Will Eno

What are we here for? Is time a friend or an enemy? Do we all eventually end up in the same place, but take different routes to get there? This funny, moving, and thought-provoking new play challenges the notion of what really matters and recognizes the importance of life’s simple pleasures. (All of which might sound dreary, but there’s a chance this will be a really good experience.)

*     *     *
Portland Center Stage at The Armory presents
an interpreted performance of 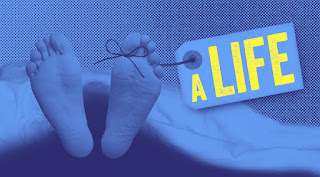 A wickedly funny play about the meaning of life. Nate Martin is hopelessly single. When his most recent breakup casts him into a funk, he turns to the only source of wisdom he trusts: the stars. Poring over astrological charts, he obsessively questions his past and his place in the cosmos. The answer he gets is shockingly obvious — and totally unpredictable.

" Exquisite in detail and throws a jaw-dropping curveball.” —Time Out New York

Commissioned by Portland Center Stage at The Armory | West Coast Premiere!Run Time: Approximately one hour and 25 minutes, no intermission. Note: Recommended for ages 13 and up. Contains adult situations and language. Children under 6 are not permitted at any production at The Armory.

In August 1991 simmering tensions in the racially polarized Brooklyn, New York neighborhood of Crown Heights exploded into riots after an African-American boy was killed by a car in a rabbi’s motorcade and a Jewish student was slain in retaliation. Pulitzer Prize-finalist Fires in the Mirror is dramatist Anna Deavere Smith’s stunning exploration of the events and emotions leading up to and following the Crown Heights conflict. Through her portrayals of more than two dozen adversaries, victims, and eyewitnesses, using verbatim excerpts from their observations derived from interviews she conducted, Smith provides a brilliant, Rashoman-like documentary portrait of contemporary ethnic turmoil.

“Quite simply the most compelling and sophisticated view of urban racial and class conflict that one could hope to encounter.” –New York Times
Run Time: approximately 105 minutes, no intermission